Changes are noticeable immediately when entering from the side of the transoms. The size of the transom platform has been reduced. Its dimensions have become more sparing for the loops on which the platform rests. The stern itself also took on a different look with two dry lockers.

Filling holes for water and fuel are also located here, as well as a deck shower.

Reclining seats are located in front of the plastic (not carbon) steering wheels. Steering posts have become more similar to those found on large models. They got upgraded with panels for the tachometer, autopilot and other instruments. The winches are very conveniently located, as well as the control panel for the anchor winch.

The solid side fender was replaced with a bulwark, which most liked, as it reduced the time for maintenance and cleaning. But this innovation was introduced to give rigidity to the structure - the system for connecting the deck to the hull has been updated.

The dimensions of the master cabin have been increased in width, length, and height.

This is, first of all, an aft galley with a sink, grill or plancha. In all other respects, the cockpit has remained unchanged compared to the 360 predecessor, except that it has become a little wider.

With a significant change in steering positions, the throttle control remained in its old place, although many yachtsmen have complaints about this placement.

The table in the cockpit has not changed. On its side, turned to the helms, there is a chartplotter and under the cockpit sofas there are spacious lockers.

The interior layout comes from the older brother Dufour 470. The two cabin version has a master cabin in the bow with a large bathroom and closet, another cabin has two berths. Extra beds are provided by the unfolding table in the cabin. In this version, six people can travel on a sailboat.

The 3-cabin version accommodates eight people, but it will be a little cramped on board.

In any case, the category A of the yacht, sufficient comfort of living and management added to its seaworthiness make it possible to use it for family vacations, competitions, charters, and of course - long trips with friends.

Features of Dufour 37 for Sale Additional materials about Dufour 37 for Sale 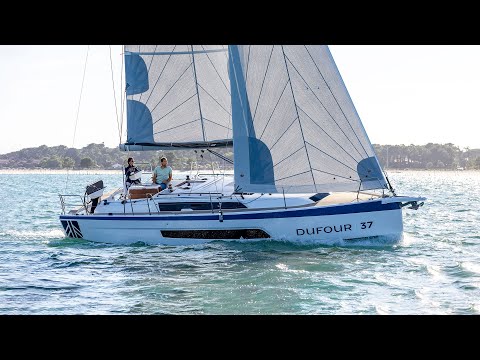 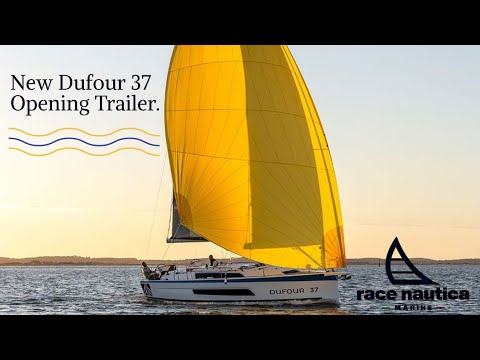 Short, but sweet demonstration of sailing yacht Dufour 37 on the water. 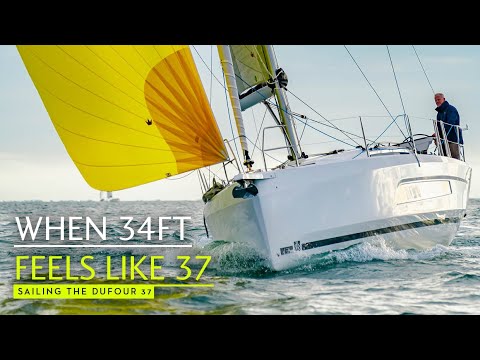 Meet the Dufour 37, a Tardis, which is actually only 9.99m/33ft on deck but packs some punch

Overview by the Yachting World with a lot of interesting details 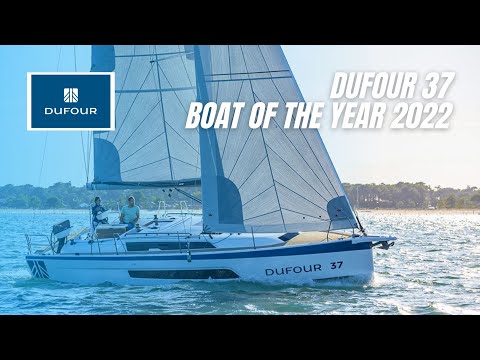 Boat of the Year award - best proof of quality and seaworthiness - is completely deserved in this case. 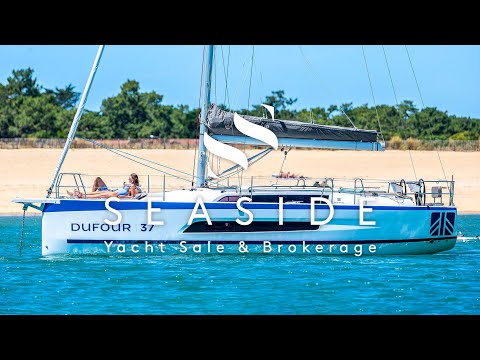 Interior showcase - very informative footage on board of the Dufour 37. 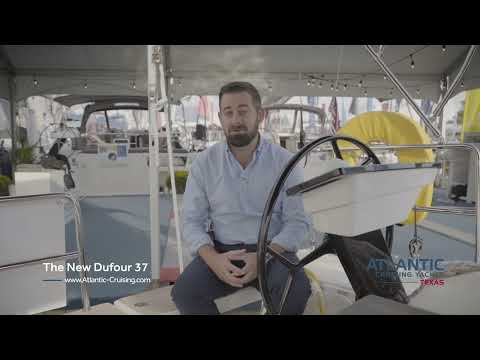 Good explanation of various features of the new model 37 - both in management and interior.

Ask a Question about this product

Price calculator of Dufour 37 for Sale in EUR

Articles about Dufour 37 for Sale

NEW DUFOUR 37: COMFORT IS THE HEAD OF EVERYTHING! by Interparus

Dufour 37, a design focused on outdoor living for family cruising by BoatsNews

The Dufour 37 benefits from the major innovations that made the Dufour 470 such a success.