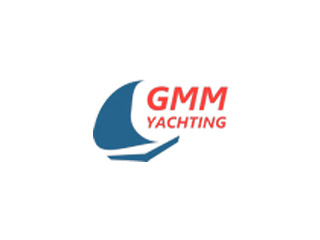 Largest charter operator based in Marmaris and Gocek, Turkey.

Very experienced and polite staff. The boats are new, in perfect condition, they help with mooring in difficult weather

Excellent charter company - top notch service, boats in excellent condition even towards the end of the season.
I took Gin Fizz in 2020 and Happy day in 2021.
Description, photos and videos of the boats on the site are real and true. All questions that arise during the charter are answered promptly.
Regina instantly responds to inquiries and questions about the reservation. Sergey will tell you about the technical part, setting up the sails.
When accepting a boat, everything is clear, simple, structured - in addition to the checklist, there are lists in the lockers, the navigation table, which make it easy to check the availability.
The good news is that GMM has a service not only on a global scale, but also in small things - even on towels and bed linen, embroidery of different colors, so as not to be confused.
We traveled with a dog, GMM - dogfriendly ))

Took Sun Odyssey 410 Free Me in August 2021. I liked everything very much. Great boat, very well equipped and well maintained. GMM Yachting employees are professional and responsive (Russian speaking, which is very nice). My next charter will be only with them.

The best yachts, super service and very friendly, nice staff in one of the most beautiful sailing destinations in the Mediterranean.

top boats! top service! the best maintenance! I was pleased...

Positive feedback about the charter company GMM-Yachting in Turkey.
I took a yacht from them at "Gocek Race", excellent acceptance (30 minutes) and delivery of the boat in 15 minutes without my participation.
They did not withdraw the deposit for a rack bent in a collision (left right tack, I'm right). Round-the-clock support, several bases ( Bodrum , Marmaris, Getchik), the director of the company personally came and helped fill out the documents after the collision incident. The boats are not new, but very well maintained. One problem was, echo sounder was acting up, different repairmen were addressing it and they said that it is necessary to change all the equipment, since the sensor is made in 2008 and it is unrealistic to fix it, but the charter did everything possible to try to fix it in the evenings after the races
Well, naturally I bought it through TrueWind )

GMM is one of the best companies I have dealt with. I recommend it to all

GMM-Yachting - Marmaris (yes, these are the guys whose boat was taken away the other day under some dark circumstances).
Old boat bavaria 42 - year 1999 Mauritius
Agent Yuriy Chumak
Took for two weeks 17-31th of August.
When you take an old boat, be prepared for all sorts of surprises.
Check-in
Check-in was conducted by Kemal, speaks Russian very well and almost without accent.
Checklist and other documents translated into Russian.
During the check-in, I found several minor problems that the technicians eliminated almost immediately along the way.
I got the boat and went out to sea.
At sea, I found out that when heeling, one of the toilets leaks a little and the lag is periodically turned off (as a result, there is no ship speed and the speed of the apparent and true winds are equal). We lived with these problems all two weeks, they could not quickly eliminate them. I will not say that it is critical, rather, these problems were felt at the level of discomfort.
When the sails were being tucked in, the mainsail twist rope snapped. Spinning the winch on the mast. Whether the rope was thin, or the sailors, due to inexperience and my oversight, forgot to open the stopper and tightened it, I don’t know. Overlooked.
We returned to the marina (and planned to spend the night in Marmaris). In the morning, a specially trained person came and replaced the rope without further questions.
A week later, during mooring (with lag at least) the gearshift cable fell off. As a result, instead of reversing, it went full forward and when instead of braking the boat began to accelerate, the reverse increased and boat accelerated even more. After changing diapers I went to the anchorage. I discovered the essence of the cause and eliminated it myself according to the temporary scheme. I called the Cheka. They offered to come to Gocek for inspection by servicemen of the Cheka. We stopped in Fethiye and drove to Gocek in just 2 hours. The bolt that fell off was replaced while we went to the store for beer.
No other serious problems on the boat have been identified. And, my friends, I want to note that boats in the last millennium were made much more reliable and solid than in the 21st century. Solidity is felt in absolutely everything. Starting with furniture. I’m sailing for 2-3 years, and only from the shipyard, everything became thin and brittle.
Check-out. Two people came for check-out and quickly ran through the cabin. They ran away after 2 minutes. I saw friends, went away for 10 minutes. When I returned, the crew reported that the Cheka fighters had come in half a minute, unwound and twisted the sails. This completes the checkout .
The overall impression of the boat, taking into account its respectable age, is 9.5 out of 10.
The deposit was returned in full immediately.
I recommend the boat, but not for the first charter for young people.
I definitely recommend CC!
I also recommend the agent, although this time he messed up a little with the documents.

There are no products in this section